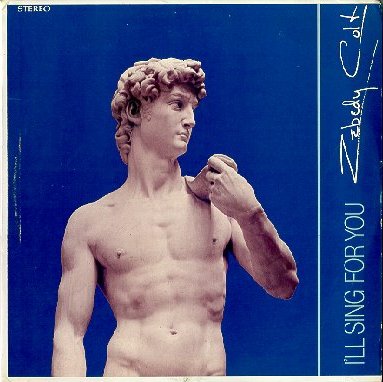 The Man I Love
I'm In Love With A Wonderful Guy
Bill
A Sleepin' Bee
Michael
Love For Sale
Bewitched
A New Year, A New Love
Lush Life
The Day To Say Goodbye
Somewhere
1969
Finally we have the rare bird, "I'LL SING FOR YOU" by Zebedy Colt released in 1970.
Recorded with the London Philharmonic, this is a surprisingly GOOD record. Colt had a
gentle, resounding voice and a relaxed style that lends itself well to these standards.
The thing that makes this queer (no pun intended) is the man behind the record.