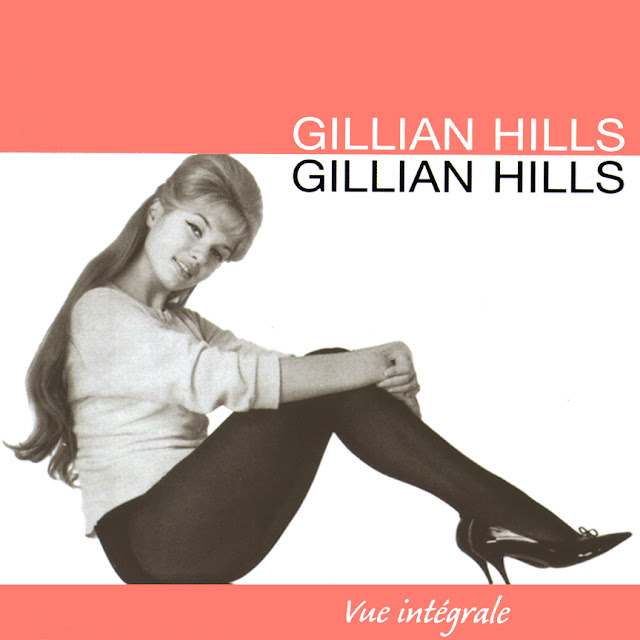 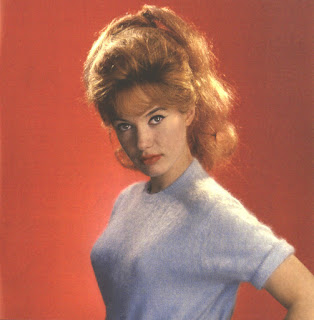 After releasing five EPs worth of mostly American cover versions, Gillian began composing her own songs, defying the perception of Gillian as a substandard Brigitte Bardot. "Maintenant Il Telephone," her ultimate ye-ye disc, and the beat-rocker "Oublie" demonstrate Gillian's ability to write in a variety of styles. Among the Lollipops and Zombies covers featured on her last French EP, Gillian's self-penned "Rien N'est Change" is by far the strongest. It's Gillian Hills attempting Francoise Hardy and succeeding. The track is gentle, with a distinct acoustic guitar sound and delicate vocals. Sadly, even her self-written discs sold close to nothing. Her last release, strangely enough, was for Vogue Records in England. "Look At Them" was released in 1965 and shares much in common with the folk sound of "Rien N'est Change." She sings it beautifully, yet even in the land of Beat Girl, the record was a flop. By 1966 it seemed that Gillian had given up on music and her long blonde locks. A short brown haired Gillian makes a brief appearance in Michelangelo Antonio's sixties mod movie, "Blow Up". She certainly lives up to her nymphet reputation; she and Jane Birkin are shown tearing the clothes off of their blue-eyed photographer, and engaging in the wild sex orgy that is implied before the camera cuts to another shot.

In the seventies Gillian Hills continued to play small roles in feature films, and even landed a role on a British TV mini-series called "Casanova". In Stanley Kubrick's "A Clockwork Orange", Gillian's minute on screen is spent bare-naked, engaged in yet another sex scene! According to Gillian Hills experts, Micheline de Seraulx & Michel Feron, in 1975 Gillian decided it was time to stop making movies, and she moved to New York to work as an illustrator for various books and magazines. Her disappearance in the '80s prompted a rumor that she had died (suicide according to some French newspapers, or burnt alive when her apartment caught fire). However, Jukebox magazine writer Jean-William Thoury discovered, some 15 years later, that she had suffered from a very long illness, but was in good health now. Also, she was no stranger to the world of music as she married Stewart Young, the manager for the Scorpions. Though Gillian Hills had what it took to be a star, she was never able to achieve major success. From her songwriting, record releases, and film roles, she was always a minor player. But she sure was a fabulous one.